I’ve been interviewing people about how they use math in the work for at least three years. And that means I have a really nice archive of Q&As with fascinating people. And in looking at these interviews, I see that they fall into several categories. So over the next few months, I’ll roll out archives of these interviews. First up, the arteests!

Bonnee Byrne is a freelance artist and owner of Signs by Bonnee.  She has been painting artwork and signs for the past twenty-six years.

When designer Sole Salvo‘s message arrived in my inbox a while back, I was thrilled! As an avid sewer — who doesn’t like using patterns — I am fascinated with the process of fashion design. I know there is a lot of math involved. Some of it has to be a gut instinct — how will this angle work on a human body? And some of it is very calculated — what do I need to add in order to get a 5/8″ seam allowance?

Sole has been working as a designer for nine years, currently working for a large clothing company in New York. Here’s how she uses math in her job.

Photography is one of those art forms that looks easy but is really challenging — at least challenging to get it done right!  Writer and photojournalist, Sally Wiener Grotta describes how math helps her compose the best photograph, including perfect lighting.

I’ve known Elizabeth Perkins since she was about 16 years old, I think.  In fact, I’ve always called her Beth.

I was Beth’s geometry teacher way back when.  And I was so excited to find out that she’s now a very successful glass artist.  After graduating from Atlanta College of Art in 1997 with a degree in sculpture, she embarked upon an amazing journey as an artist and teacher.  She earned her MFA from Virginia Commonwealth University in 2004.

Like me, Beth grew up in a rural, southern town and has a very strong connection to her family, so I’m really moved by her work, which incorporates glass, found objects and heirlooms.  But you know what I’m going to say next: The fact that Beth uses math in her art is both surprising and expected.  Read on to learn more.

You may not know this about me yet, but I’m a fabric junkie.  In fact, when I finished my book last winter, my reward was a day-trip to New York City to shop at Mood Designer Fabrics.  I need rehab.

So when Harmony Susalla contacted me to ask if I’d do a guest post on her blog, I jumped at the chance — and I asked her to do an interview with me.  Harmony is a wonderful textile designer, who works in organic cotton.

Turns out math is not only useful in creating art but caring for it as well. Ann Shafer, associate curator of the prints, drawings and photographs collection at Baltimore Museum of Art, uses math in surprising ways–and surrounded some of the greatest artwork of the 20th and 21st centuries.

Ursula Marcum practices an amazing artform called kilnformed glass, which she can explain better than I.  Her pieces are layered and rich, unlike any other glass I’ve ever seen.  Like most artists, Ursula does quite of bit of basic math in her work, and she shares the details here.

If you don’t knit, a knitwear pattern probably looks like a random selection of letters and numbers.  But that special code actually reveals beautiful creations–sweaters, hats, booties and blankets.  Marie Grace Smith is the founder of Marie Grace Designs, and she lives these patterns.  You might be surprised to learn how much math is involved in developing these patterns.  Marie Grace was!

“If I had known how much math I would need to do to make a living playing with yarn I would have become a painter or something. Just kidding. Sort of.”

Shana Kroiz is a Baltimore-based, acclaimed jewelry designer and artist, whose work has been shown in the some of the country’s most esteemed galleries and museums, including The Smithsonian and the Museum of Arts and Design in New York City.  She’s kind of a big deal–and she does math!

Nothing says hello to a new neighbor like sending a greeting card or an invitation. And cards can mean so much in times of grief or illness. Those special little messages to pull the heart strings have to come from somewhere, right? Louisa Wimberger, founder of Weehah Greeting Cards and Invitations has built a business around these special messages. From greeting cards to invitations, she makes some of the best cards available. 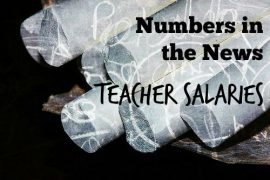 Numbers in the News: Teacher Salaries 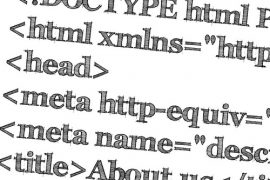 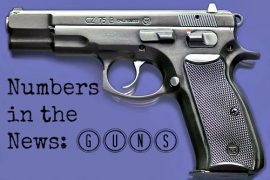 Numbers in the News: Guns 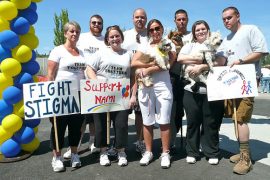 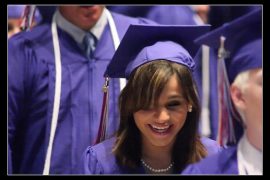